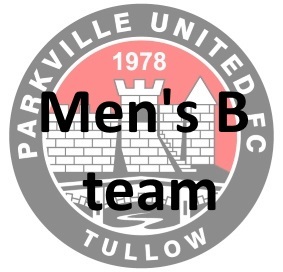 Published: over 4 years ago

A David versus Goliath clash at the Lane saw the underdogs come out on top in a ferocious battle which saw Parkville finish the game with 10 men.

Parkville started the game on the front foot and Cian Madden released Deano Muscleman Kelly who saw his effort saved by the keeper on 3 minutes. Three minutes later, Jason Hunter was on hand to release Brian Condon whose rasper of a shot stung the keepers hands to leave Niall Byrne free. Byrne made no mistake in lobbing the keeper to give Parkville a cherished lead. Division 1 high flyers Dolmen sprang into life but there usual out ball to Thompson was being closed down in a masterful display of man marking by Sam Sheridan. Everywhere that Danny went, Sam was sure to go. Wave after wave of attack saw Sheridan outwit his opponent on the left with the help of John Murphy at left back. HT 1-0

The second half continued in a similar vein to the first. Dolmen continued to create chances and Damian Bak was in fine form in the goal helped by the tireless efforts of Spud Shannon, Henry Hegarty and Matthew Decaux in the back line. The game was on a knife edge in the second half and when Parkville conceded a penalty on 72 minutes and saw a man sent off, it looked as though their luck may have run out. But come the hour, come the man, Damian Bak in the Parkville goal saved the resultant spot kick to keep the dream alive. Down to 10 men, Brian Condon and Dean Kelly ran themselves into the ground and when replaced by Barry Flynn and James Lonergan, the Parkville 10 men continued to battle and fight for every ball. With time running out, Parkville looked to have sealed the victory when Niall Byrne chipped the keeper only to see his effort come back off the upright. One last wave of attack for Dolmen delivered the same result as Parkville held on for a famous result that will surely send shock waves around the Carlow league. FT 1-0

**Academy cancelled due to inclement weather. All games a...

Due to Storm Hannah, ALL JUVENILE GAMES are OFF on Saturd...

The scheduled U11 Grading Competition Match has been post...

🚨 REMINDER 🚨As the Little Hawks Academy is running to mat...

Get live information for Club on the ClubZap App