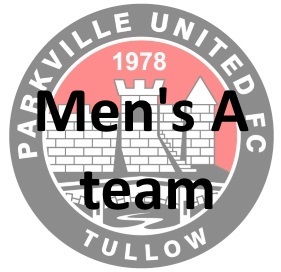 Published: over 4 years ago

The game started at a frantic pace with Park dominating early Possession. Robbie Byrne was unlucky to see both his efforts inside the opening 10 minutes go over the cross bar. Byrne did go onto break the deadlock on 15 mins after being played through by Graham Byrne Looking Sad at Things he finished to the bottom corner of the net. Conor McCarney had Parks next chance. A great through ball by Eoin Brennan set Mccarney away but his finish didn't match his first touch. Graham Byrne's deliveries from set pieces were causing Fiaccs all kinds of problems but park somehow kept failing to find the finishing touch. HT

Park pressed hard to find an early second goal and were sucker punched on 55 minutes when the home side equalised. Donal Smithers stung the hands of the Fiaccs keeper before greats efforts from Jamie Walsh and Eoin Brennnan were well saved. Park had numerous chances through Robbie and Graham Byrne's Free kicks but on all occasions the home keeper repelled anything on target. Emre Yilmaz was starting to have more and more of an influence on the game and on 70 minutes he hurdles 4 challenges and just as he was about to pull the trigger a fifth Fiaccs defender nipped in and cleared for a corner. Parks next chance fell to Jamie Walsh after a great cross from Robbie Byrne his headed effort rolled along the goal line and away to safety. Parks next 2 chances fell to the head of Cathal Fitzgerald his first effort bounced off the cross bar and fell to Fitzgerald again who headed straight at the keeper. Another headed chance went a begging on 90 minutes with Yilmaz unlucky to see his effort go wide.
Parks last chance fell to Tom Pollard whose effort just cleared the cross bar.
Park will be bitterly disappointed to drop 2 points after there recent good form

**Academy cancelled due to inclement weather. All games a...

Due to Storm Hannah, ALL JUVENILE GAMES are OFF on Saturd...

The scheduled U11 Grading Competition Match has been post...

🚨 REMINDER 🚨As the Little Hawks Academy is running to mat...

Get live information for Club on the ClubZap App